Missing the grain silo we turned to the right to avoid the fairgrounds after departure!

It was a hot summer day and the density altitude was 7,434 feet at the local airport where I had learned to fly. I was a budding 50hr pilot who was eager to fly when given any opportunity. Today would however be a learning experience that would sear the term Mag Check into my mind forever.

As a student pilot I had the great fortune of learning to fly from my father. My father was a second generation pilot and was somewhat a legend in our small town. He was a cropduster, charter pilot, MEII and flew a good number of missions for the government at the time. So what then made him a legend? He only had one eye and was told very early in his flying career that he would never fly commercial due to this limitation. I remember as a kid hearing about all the crazy tests, check rides, etc he had to take with the FAA. I can only imagine how that testing went but I do know he become a commercial pilot and went on to fly his entire life.

In my youth I spent a tremendous amount of time flying along side my father in everything from sitting on his lap in an Ag-Cat to flying left seat in a turbine Commander 690B. Interestingly I never saw the need nor had the desire to become a private pilot until I had reached the age of 21.

Back to the event:

I was out cleaning parts in the hangar where I worked my second job to pay for my flying. From a distance I heard my boss’s dad Walt yell out. “Anyone want to take a ride in the tri-pacer”! Being such an avid aviator I jump at the chance to take a ride along with Charlie  another guy in the hangar. I didn’t figure I had to ask permission, after all it was my boss’s dad asking right.

We all piled into the tri-pacer, Walt in the left seat as PIC, myself in the co-pilot seat and Charlie in the back seat. Walt fired up the pacer like he had a million hours in her and we proceeded to taxi out to the 4,067ft runway. We tuned in the local FSS frequency and queued up a quick weather check. Winds calm, temperature 38c (hot!), altimeter 30.11 – warning: density altitude 7,434ft.

I had flown out of this airport for well over 2 years and had been around the airport most of my life. I had seen the pacer take off with 3 full grown men on a hot day several times. The only primary thought I had at the moment was the fact I was going flying and wasn’t scrubbing tools in the heat.

Walt stopped prior to the active runway and proceeded with the checklist. We completed the run-up and we pulled onto the active runway. “Ready boys!” he said with his typical grin. He smashed the throttle into the firewall and we started the roll out. I continued to watch the runway go by and started to get a bit of an uneasy feeling as the halfway point disappeared behind us and we were still not airborne.

Soon the end of the runway was in sight and I was feeling like Han Solo in the Millennium Falcon pounding on the panels trying to get it to hit warp speed in a showdown of forces. I looked at Walt, his eyes were wide open and his hand were frozen to the yokes like a tounge to a flag pole in winter. At the same moment I saw him yank on the yoke and we become airborne, hallelujah! I looked out the window and noticed that we were not climbing much and I could see the barbed wire fence just below the tires as we left the airport property.

Looking out the window we were headed straight for a grain silo while climbing at what felt like 20 feet per minute. Missing the grain tower we turned to the right to avoid the fairgrounds and proceed to follow the railroad tracks as we slowly climbed.

It seemed like an eternity before we were finally able to turn crosswind. We continued the climb well into the midfield downwind where we leveled out and Walt said. “That was interesting”!  I thought to myself, YOU THINK! At about the same time he made his declaration he also reached down and flipped the key to check the mags. Once click left and the engine completely quit!  “Aha!”, he exclaimed.   Three clicks to the right and it was full steam ahead. “Guys I forgot to get it back onto BOTH mags..we took off with the left mag only”.

We completed the pattern and made an uneventful landing.  Both Charlie and I were out and not interested in taking another trip around the pattern in the pacer. 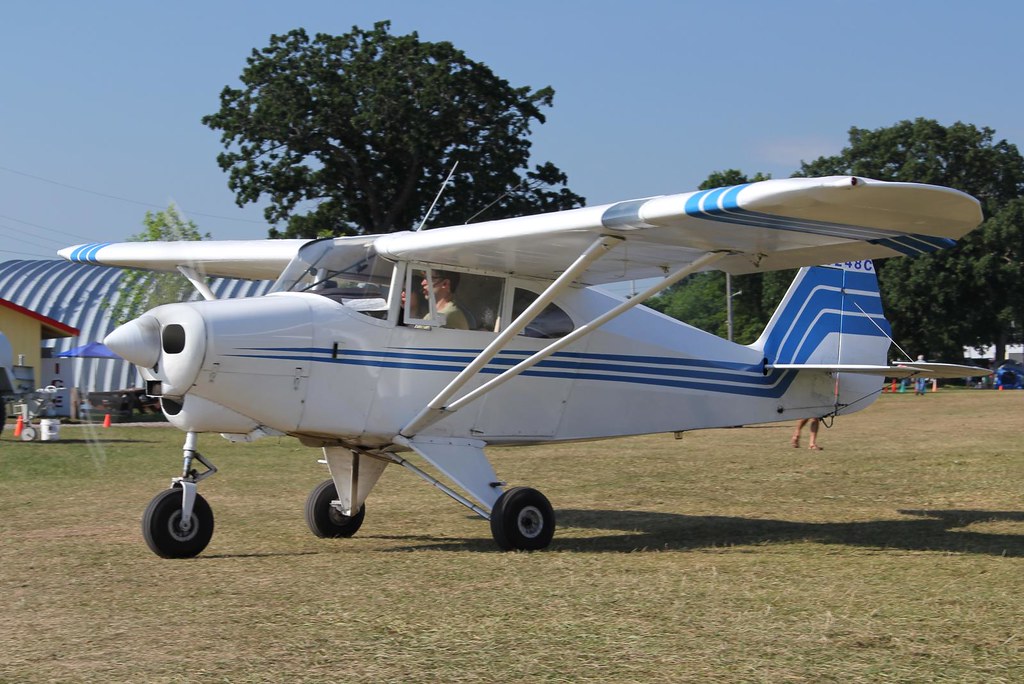 The words of my father become forever valid in my head when he had taught me to always go two clicks left two clicks right, one click left, one click right so that you never ended on one mag for takeoff.

I also learned that it’s never a bad thing to double check your PIC on his mag check.  I learned about flying that day.

Article Name
I learned about flying from that: Mag check please
Description
It was a hot summer day and the density altitude was 7,434 feet at the local airport where I had learned to fly. I was a budding 50hr pilot who was eager to fly when given any opportunity. Today would however be a learning experience that would sear the term Mag Check into my mind forever.
Author
Kelly Householder
Publisher Name
Warnock Air, LLC
Publisher Logo